An open letter to the Swiss Parliament


Request to the Swiss Parliament to launch an investigation of the Swiss Attorney General Michael Lauber’s performance.

In December 2013, ancient valuable objects belonging to the Uzbek nation were found in the villa of Gulnara Karimova, the eldest daughter of the late Uzbek dictator Islam Karimov, in Geneva. These unique and masterly works of art are objects of cultural heritage, and they belong to the Uzbek people. Furthermore, the act of taking cultural properties away without obtaining proper export certificates of the Uzbek Ministry of Culture was a case of international smuggling punishable by law. Nevertheless, Mr. Attorney General has been sweeping this flagrant violation of the law under the rug. We know that Mr. Attorney General Michael Lauber and his deputy Patrick Leman had visited Uzbekistan. During their visit, they met senior officials of the General Prosecutor’s Office of Uzbekistan. Mr. Lauber eliminated the revealed documents about the involvement of the highest-ranking Uzbek officials in corrupt practices, and he terminated the investigation. The investigation and prosecution in connection with corruption and stolen billions are a matter of international scrutiny. We [the Uzbek public] are wondering about the location of the valuable objects of cultural heritage, which were smuggled from the museums of Uzbekistan [by Gulnara Karimova and her accomplices] to Geneva. I request Swiss police, international affairs and investigative agencies to immediately disclose the information about the location of the valuable objects (which are part of national wealth of Uzbekistan) that were found in the villa of Gulnara Karimova.

I, Safar Bekjon, supplied the Swiss police and the law enforcement and investigative agencies with documented video and photo materials relating to the valuable objects found in the villa of Gulnara Karimova.

I then had been involved in the investigation in Geneva conducted by the Prosecutor General’s Office of Switzerland. We would like to know why the Swiss Attorney General Michael Lauber and his deputy Patrick Leman have been sweeping this matter (investigation into the location of the valuable objects) under the rug. Where are the works of art? During his visit to Uzbekistan, Mr. Lauber did not discuss the issue of investigating the case of international smuggling, and this omission makes us accuse him and his colleague of being accomplices [of the Uzbek officials] in committing and covering up criminal acts. We demand that the Swiss Parliament initiate investigation of Swiss Attorney General Michael Lauber’s performance or lack of performance regarding the case of smuggling of Uzbek valuable objects. I demand the Swiss authorities to immediately disclose the information about the national wealth of Uzbekistan, which were found in the villa of Gulnara Karimova! 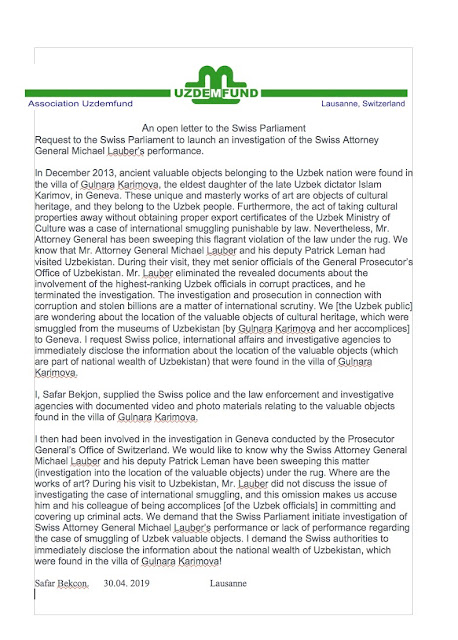 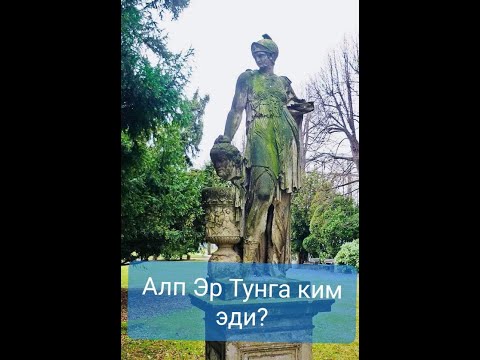